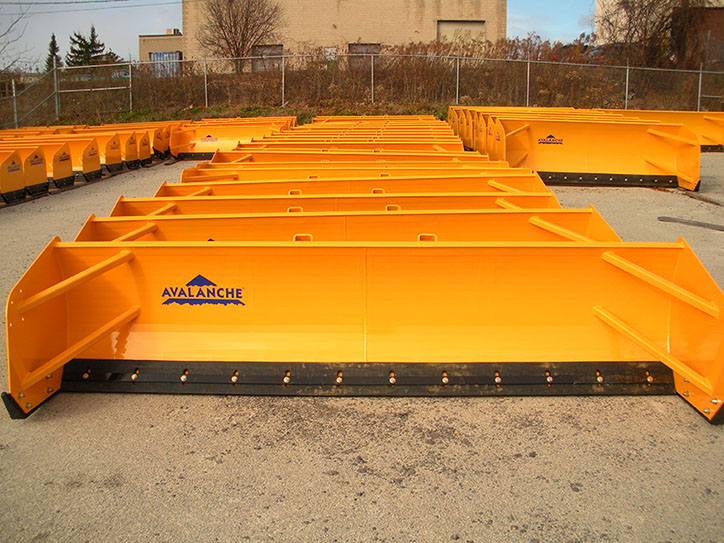 In 1992 one of the biggest snow removal contractors in Canada faced a problem: how to keep up with some of the worst winters in the world. As a solution they designed and built a containment plow to drag behind a tractor. They quickly realized that this invention made them three times faster than plowing with a straight blade. They began manufacturing box plows to fit their other heavy machinery and an industry was born.

Today, Avalanche™ Snowplows are known for two things above all: build quality and innovation. Here are just a couple of examples:

At Avalanche™ our aim has always been to give our customers the best possible snow-removal equipment, products that will stand up to the inevitable knocks and keep giving reliable service year after year. We believe that you never regret buying quality. This philosophy will continue to guide every decision we make.